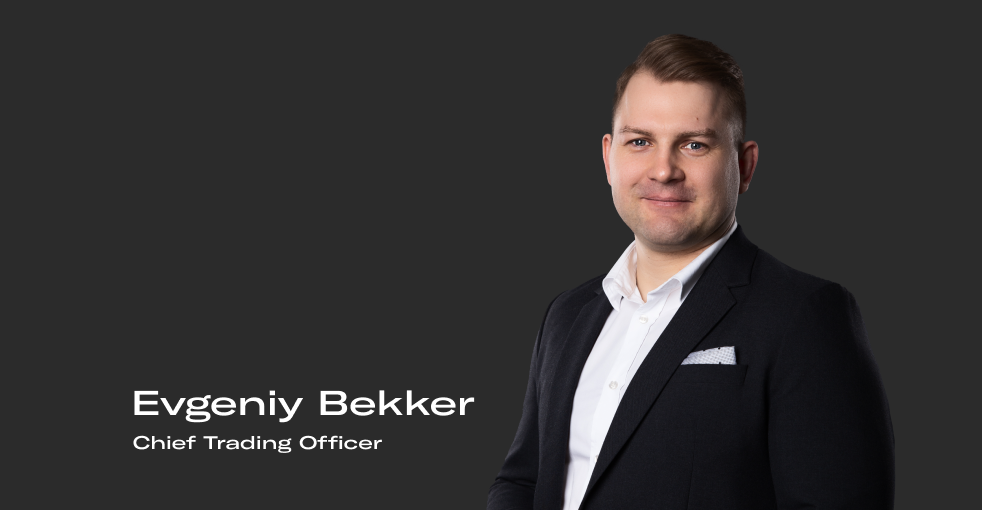 Bekker talked about betting patterns and behaviours, innovations in the esports betting space, and the future of CS:GO.

In what way do esports fans consume content differently from fans of ‘traditional’ sports?

The rise of streaming has set a new precedent in terms of the ways esports fans consume content. Not only can they now watch matches alongside millions of other people, they also have the ability to directly interact with the events themselves.

Unlike with traditional sports, esports fans don’t need to leave the comfort of their own home to watch an esports event, as they can enjoy a similar and often a more convenient experience on their sofa with their friends.

How does this translate when it comes to betting patterns and behaviour?

The fact that most, if not all, traditional bookmakers now opt for an online platform has contributed equally to the online format becoming the dominant option.

The rise of live streaming has encouraged consumers to place bets on the match they’re watching.

However, this is nothing new and also applies to traditional sports, for example when a punter decides to place a bet on their favourite team or on the match they’re watching for a bit of fun.

The innovative high-quality streams that are currently available also add play-by-play analysis, players stats and slo-mo instant replay to the mix, all of which provide consumers with much-needed information to help them make the right decisions when betting. All of this also helps them to feel that they are taking part in said matches/games.

What is the best way to acquire esports players?

I believe that the quality of the product and services on offer are key performance indicators in acquiring and retaining a specific clientele.

In addition to the above, constant auditing provides a much needed focus on the key performance areas of the business. This enables the organisation to optimise what it is doing and work out what it is not currently doing.

How does affiliation work in esports?

This works in quite a similar way to traditional sports, in the sense that you need to choose the right partner to begin with. Due diligence of any affiliates should be conducted from the get-go.

What, if any, are some of the technical barriers that need to be overcome for esports betting to reach its full potential?

The high cost of data is definitely a challenge for any odds provider or betting operator.

However, these are the rules of the market and as such can be viewed like a game of Monopoly.

This has also led to a situation where some esports bookmakers began to look for alternatives, and their solution is to use Bet365 dashboards and scrap their odds.

This is actually a “cheap” solution which has helped esport odds suppliers who do not have access to non-delay game data to save significant amounts of money.

However, this comes at a cost, and it does impact the quality of the product and, as a consequence, the user experience.

In addition to this, it can create unfair competition, since those providers who decide to invest in data and work directly with data suppliers, and who have a dedicated trading team, will always have substantial costs.

What innovations within the esports betting space have caught your attention?

I haven’t personally noticed any particular innovations within the esports betting space.

However, I can see things that have worked for many years with traditional sports, such as special being options, as well as statistical and visual dashboards, being introduced with an added esports “flavour”.

Does esports deserve its own tab in the sportsbook?

I think this has already been settled and many operators have implemented this approach in their sportsbooks.

And for good reason, as this shows that some operators recognised the full potential of esports early on.

As a matter of fact, it seems clear to me that esports has the potential to become the second or third most lucrative discipline offered by betting operators in terms of revenue, provided that they are focussed and have a high-quality esports product – and here I’m talking about Tier 1 operators.

I believe this is something that is needed.

Previously, there was a lot of discussion on this topic and some people appeared to be initiating the process, but not much has been done to date.

I certainly anticipate that this subject will get the attention it deserves from the organisers and data providers.

What is the future of CS:GO?

This is the number one esports discipline, and I personally don’t think that will change in the foreseeable future.

I would go so far as to compare CS:GO in the field of esports to football in traditional sports.

There are a few reasons for this:

Firstly, there is a relatively low entry threshold for prospective players.

Secondly, the game itself is intuitive and the majority of people can easily understand the mechanics, regardless of their age and gender.

Another important factor is the quality of the streams available for these events.

This has been taken to a whole new level and it’s no surprise that the Grand Finals of The International last year peaked at 2.7 million viewers, setting a new record for esports in the CIS.

Separately, I want to highlight the ecosystem of tournaments which has also been levelled up by making competitions more balanced and allowing the teams to receive some of the money from the broadcasts, like in the ESL.

The models of relationships between top tournament operators and teams are becoming increasingly reminiscent of those in traditional sports, where everything is fine-tuned up to the highest levels.

Why hasn’t Overwatch succeeded as a betting product as well as other titles?

Blizzard (the game’s developer and publisher) does not develop for esports and as such, a lot depends on whether or not the creators for a game develop it as an esports discipline.

There are some game formats which have millions of fans worldwide, but these formats have no betting application and, as such, are of little to no interest to regular esport punters.

How can Valorant catch up to the likes of DOTA 2, League of Legends and Counter-Strike?

The ecosystem of tournaments has been a given significant boost thanks to Riot Games.

It will certainly gain in popularity and find its own betting audience; however the game will remain in 4th place and I cannot see that this will change any time soon. With that being said, greater coverage of tournaments will help to close the gap somewhat.

Where are the most lucrative esports markets and which ones have the most potential?

Asian markets are by far the most lucrative and have been for many years. This trend will not change as the population continues to grow and computer and mobile games become more and more popular thanks to expanding access to the internet.

When it comes to the market with the most potential, I would say that it is Scandinavian countries that look most promising.

Many of the top teams come from these countries, and the solvency of the population is one of the highest in the EU and globally.

What does the future hold for esports in Brazil as licences are issued?

This will encourage operators to develop a competitive esports product and to look at the providers who specialise more generic offers for traditional sports, in order to reach their full potential and equally to remain competitive.

This market will definitely continue to grow and I believe it represents a bright future for the region.