This is the 13th sports arena of the Setka Cup, powered by betting and gaming content provider BETER, and the first launched by the platform in Poland. The opening of Gdańsk sports venue is another step in the Setka Cup’s ambitious expansion strategy. 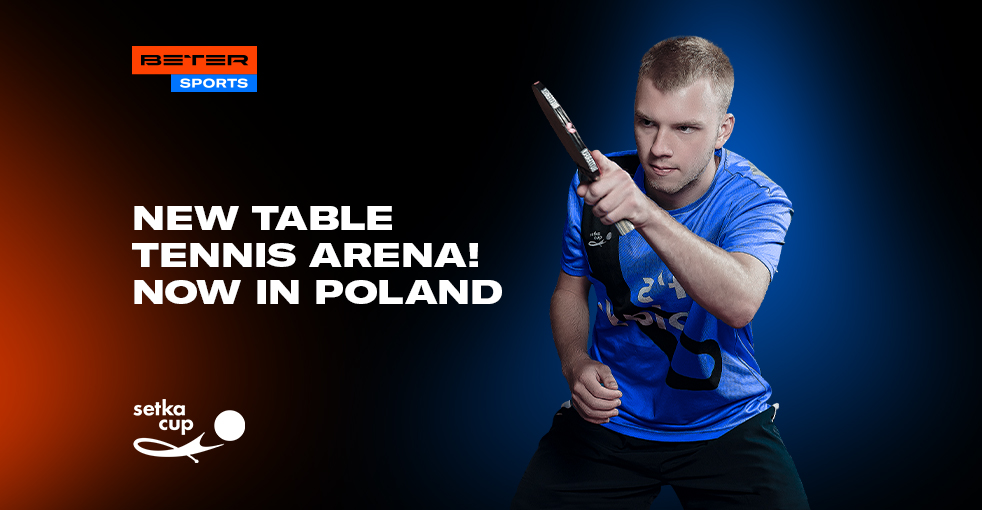 Setka Cup, the international table tennis platform, has opened its venue in Gdańsk, Poland. The new table tennis arena will hold one tournament a day. The tournament system consists of round-robin stages in which 6 players compete with each other for prizes. In total, the tournament includes 15 fast matches. Thus, BETER will provide its operator partners with 450+ additional matches every month.

The Setka Cup has already launched sports locations in several European cities, such as Prague and Chisinau, as well as in a range of Ukrainian cities, including Kyiv, Dnipro, Sumy, and Lviv, collaborating with local table tennis federations and associations.

Being powered by BETER, Setka Cup holds more than 10,000 fast and dynamic table tennis events every month, available via BETER Sports with live streaming, data and odds. Each match lasts around 30 minutes, giving viewers plenty of time to soak up the action and pick the best bets from up to 25 different markets of each event.

Maria Mashchenko, General Manager of BETER Sports, said: “We are thrilled to share news about the Setka Cup’s international development. The launch of the new arena will strengthen and expand our tournaments and sports community, which already consists of 800 athletes.

Setka Cup’s tournaments comply with the principles and rules of fair play, which are part of BETER’s in-house Integrity policy. All events of the Setka Cup maintain a consistently stable margin, fit the high demands of the betting industry, and are designed to meet the needs of next-gen players.”