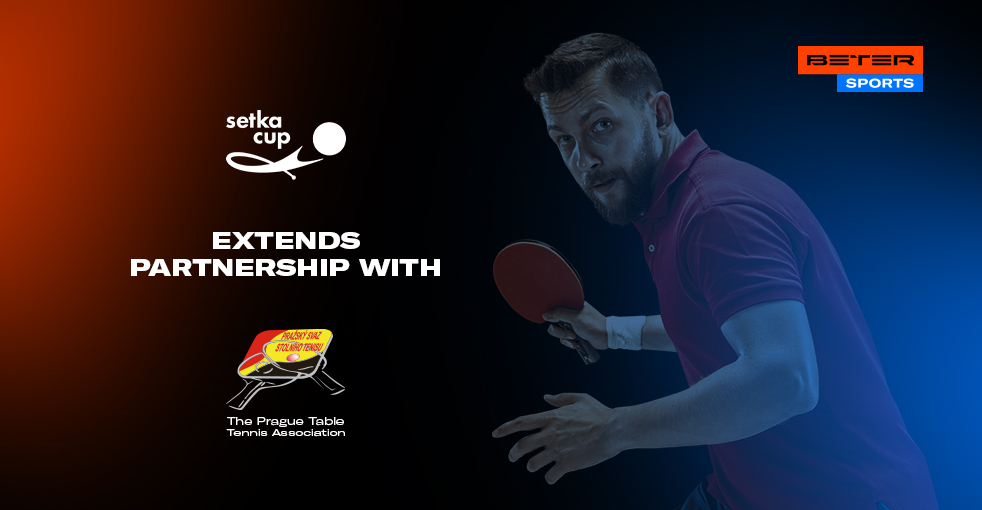 Today the Setka Cup is an integral part of BETER Sports — the BETER company’s fast-paced and next-gen product vertical. BETER has been powering the tournaments of the Setka Cup since 2018.

The collaboration with the Prague Table Tennis Association began last year and has produced some fantastic results, which have persuaded both parties to lock in for the long-term, in order to continue driving the development of table tennis tournaments, both on- and offline. The key directions of this partnership involve promoting integrity, improving the level of skill among players, and popularising the sport in the Czech Republic throughout the 2022-2023 season.

The popularity of the Setka Cup’s daily tournaments has been on an impressive upward trajectory in the EU and especially in the Czech Republic, since the opening in May 2021 of the Setka Cup Arena in Prague, where fans can enjoy four table tennis tournaments every day, involving 100 active local players.

Also worthy of note is the recent signing of a partnership agreement between BETER’s Setka Cup and the Moldova Table Tennis Federation to promote integrity in the sport. The areas of activity covered by this partnership will include collecting, analyzing, and exchanging information about any unusual or suspicious matches detected by either organization during sporting competitions.

The Setka Cup tournaments are powered by BETER, the industry’s leading provider of next-gen content and gaming solutions. The international table tennis tournaments of the Setka Cup encompass over 10,000 matches per month in four countries (Ukraine, Czech Republic and Republic of Moldova). Each month, this next-gen table tennis content, which includes live analytics and detailed player statistics, draws in more than 13 million views across 152 countries.